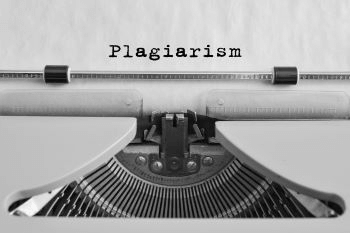 What does the word "plagiarism" bring to mind?

Some imagine an early-career researcher, blindly copying and pasting snippets of a colleague's study so they don't miss yet another deadline. Others envision a scrambling student slapping their name on a Wikipedia page because they forgot about an assignment due the next day. Despite journals, publishers, and academic institutions’ clearly defined plagiarism policies, few categories of plagiarism exist that fly under the radar, but nonetheless, they are still equally unacceptable. eContent Pro International would like to shine light on those ill-forgotten forms of unethical conduct.

As part of our plagiarism mini-series, let's cover self-plagiarism, the act of recycling words or ideas from an author's own previously published works without proper attribution.

Believe it or not, it's absolutely possible to steal from yourself, especially within the realm of academic research. Self-plagiarism is, as professional plagiarism prevention service iThenticate puts it, “a type of plagiarism in which the writer republishes a work in its entirety or reuses portions of a previously written text while authoring a new work.”

Want to recycle content from a past publication of yours and pass it off as brand-new research? That's self-plagiarism. Want to reuse all bibliographic references from your past study to form a similar article? Also, self-plagiarism.

Self-plagiarism is viewed as a dishonest, unethical act because it deceives the reader about the novelty of the material at hand. The Office of Research Integrity reminds us that "the reader assumes, unless otherwise noted, that the material was written by the individual/s listed as authors, and that it is new and is accurate to the best of the author’s abilities." Citations, from their inception, were adopted with the specific purpose of letting the audience know what portion of research is or isn't original, providing complete and utter transparency. When authors attempt to pull wool over the readers' eyes, or even publishers' eyes, it's not proper conduct. Especially because most of these offenses can be fixed with one minor, fundamental addition - a citation.

Another form of self-plagiarism - the most common, egregious variety - cannot be fixed with a mere citation, but rather by avoiding such behavior altogether. We're of course talking about the recycling of published work in its entirety.

The most common type of self-plagiarism occurs when previously published research is unlawfully re-published in a separate journal or publication.

During the submission process, every publication will make its copyright policy known. Authors must take these policies into account when choosing a destination for their work.

Let's say, for example, that you've submitted your manuscript to a publication that retains rights upon release. In that case, even though you're the original author, all ownership of your study, paper, book, or article would be waved upon acceptance. This leaves our hypothetical publisher as the owner - also known as property owner - of your submission, if they do choose to accept and release it. Maintaining ownership lets publishers dictate how their properties are handled moving forward – when and where it appears.

In an attempt to avoid conflicts of interest, it's no longer commonplace for scholarly publishers to accept simultaneous submissions. While, for example, authors of trade books typically submit to multiple publications at once, academic journals prefer authors submit their manuscript to one publication at a time. This submission model, by design, prevents two or more publishers from unknowingly accepting the same manuscript, which, if all parties involved claim property rights, could cause some serious headaches for everyone.

Not all journals operate under the same rule set, though. A prime example is Open Access publications, which regularly adopt a Creative Commons license. Under this license, authors can republish any accepted submission as long as the original publisher receives attribution. Authors can then resubmit Open Access releases that qualify with journals accepting reprints. Yes, some academic publications accept work that's already been featured elsewhere. Again, that's why it's so important to know each individual publisher's usage policy before submitting.

Even if authors try to pull a fast one, stealthily resubmitting previously published work without permission, journals will likely catch them red-handed. Almost all journals frequent plagiarism detection software. Hence, self-plagiarized manuscripts are treated with extreme caution, just like any other suspect submission.

Submitting too many studies that analyze a very similar or identical topic within close proximity can also trigger plagiarism software, as well as be considered self-plagiarism - dubbed "salami slicing."

From there, quite a few actions can be taken. At the bare minimum, publication of the research in question will be delayed. It's not uncommon for an editor to reach out in these situations and directly address concerns with the author, resulting in an upward of months’ worth of revision before final acceptance. It's also the publisher's right to flat out reject or block plagiarized work. Authors could - worst case scenario - face a lawsuit, or even be fined anywhere from $100 to $50,000. Yikes.

How to Avoid Self-Plagiarism

Other forms of self-plagiarism closely mirror basic plagiarism. Simply put, the misappropriation of facts, figures, thoughts, ideas, or language is never okay, regardless of the circumstance. If you'd like to utilize one of your own publications as a reference in a future manuscript, be sure to treat it like any other source and cite appropriately.

Here are some standards that authors can maintain to avoid self-plagiarization:

At eContent Pro International, our Scientific & Scholarly Editors, experts in their respective fields, can help authors avoid unintended plagiarism by checking for originality, the significance of an author’s contribution, and how the author works with the coverage of existing literature.
Posted in:
Publishing
Join Our Newsletter
Receive new blog post updates
Subscribe
Our Services