Academics and Scientists React to the 2022 Nobel Prize Announcements 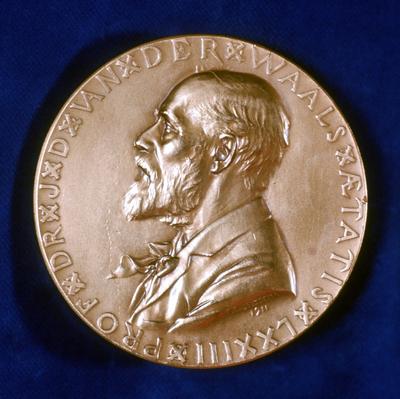 The 2022 Nobel Prize laureates were announced between 3-10 October this year, marking people who “during the preceding year, shall have conferred the greatest benefit on mankind.” The Nobel Prize usually includes prizes in physics, chemistry, physiology and medicine, literature, peace, and economic sciences. The Nobel Prize is considered the most prestigious award in one’s field and has been awarded to the discoverers of the x-ray, radioactivity, and penicillin (Sweden, 2022).

The Nobel Prize is the result of Alfred Nobel’s passion in the sciences. Being a chemist, engineer, and an inventor himself, Nobel wanted his assets to go to a fund that would distribute annual prizes. The inventor, at the time of his death, held 355 patents in a number of different countries, and there were countries selling explosives of different kinds that were created with inventions patented by him (Sweden, 2022).

In 1900, a few years after Nobel died, the four institutions awarding the prizes agreed to create the Nobel Foundation, which is now a private institution based on Nobel’s will. The Royal Swedish Academy of Sciences is responsible for awarding the prize in physics, chemistry, and economic sciences. The Swedish Academy awards the prize in literature, the Nobel Assembly at Karolinska Institutet awards the Prize in physiology or medicine, and the Norwegian Nobel Committee awards the Peace Prize (Sweden, 2022).

This year, the prize-awarding institutions have announced their 2022 prize decisions as follow, according to the official Nobel Prize website:

As publishing is an important pillar of building a standout research profile, it is paramount to make use of available author services, many of which are available on the eContent Pro website. Services such as English Language Copyediting, Scientific and Scholarly Copyediting, Journal Selection, and many other related services will greatly improve your chances of getting your manuscript accepted into a journal. You will find eContent Pro International’s author services to be top quality, turned around exceptionally quickly, and affordably priced. Here are what our satisfied customers are saying about eContent Pro International Author Services:

“The feedback on the technical content was beyond my expectations as it included additional reference suggestions and questions provoking further thought. The chapter has improved as a result.” Dr. Sheron Burns, University of the West Indies, Jamaica
“This is not my first experience with eContent Pro. I was extremely pleased with the communication between me and office staff/professionals.” Dr. Theresa Canada, Western Connecticut State University, USA