By Kyle Kutz on May 28, 2019
eContent Pro International 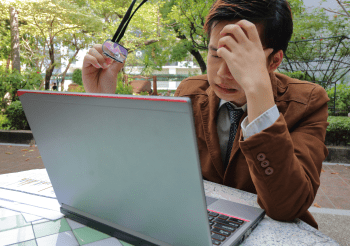 Australia's recent bank note blunder reminded the world just how important copy editing truly is. Typos, after all, can strike anywhere, at any time, yet the editorial process still tends to be an afterthought, at least until your own typographical errors end up making international news, cost millions of dollars, and/or tarnish your reputation and credibility.

Whether you're an author, printer, researcher, government official, or rocket scientist, no one is immune from human error. Thankfully, the eContent Pro International team can make sure your mistakes, typographical or otherwise, don't slip through the cracks.

Without further ado, feast your eyes on a few infamous editing (and proofreading) fails seen throughout history:

Australia’s A$50 Note: Whose Responsibility Is It?

On May 9, 2019, the Reserve Bank of Australia (RBA) confirmed that it will amend a defect found on approximately 400 million new A$50 notes, 46 million of which are already in circulation. CNN reports the “total value of the notes in circulation is around $2.3 billion (US$1.6 billion).”

Released in late 2018, the bills feature Edith Cowan, Australia’s first female parliamentarian and, in the background, a transcription of her debut speech as a member of parliament. After months of handling the currency, one eagle-eyed citizen, “a listener on radio outlet Triple M,” discovered a typo on the note, one somehow overlooked by an entire country – within the text of Cowan’s speech, “responsibility” was misspelled “responsibilty.” RBA officials will amend the mistake before the A$50 bill’s next run, but nothing can be done about the near half-a-billion notes that have already been printed.

On July 22, 1962, the Mariner 1 probe—American Mariner program’s first spacecraft—was launched and scheduled for a flyby of Venus on a data collection voyage. Two hundred ninety-three seconds after takeoff, however, “a range safety officer ordered a destructive abort when it veered off course after an unscheduled yaw-lift maneuver.” Mariner 1, for some unknown reason, was not responding to guidance commands, which rendered the craft impossible to steer. The Post-Flight Review Board soon discovered the culprit – “a dropped hyphen in coded computer instructions,” or, as Arthur C. Clarke put it, “the most expensive hyphen in history.” How expensive? This spacecraft cost the National Aeronautics and Space Administration (NASA) $18.5 million, which, when accounting for inflation, translates to roughly $156 million today.

The 1934 edition of Webster's New International Dictionary included a noteworthy error that went unnoticed for five years following its initial release. In the domain of science, “D or d” refers to density: “mass of a unit volume of a material substance.” In 1934’s edition of Webster’s, however, the “D or d" entry was typeset incorrectly, causing a “ghost word,” dord, to take its place. Mental Floss claims this error is the result of a miscommunication between Austin M. Patterson, Merriam-Webster’s chemistry editor, and his printer, circa 1931.

Thou Shalt Not Garble the “Wicked Bible”

The “Wicked Bible” is so coveted because it contains a historic typo – rather than “thou shalt not commit adultery,” this print exclaims “thou shalt commit adultery.” At the time—1631—such an offense was egregious, landing the printers, Robert Barker and Martin Lucas, in serious hot water. King Charles I called for the printers’ executions, but instead, the English court “stripped them of permission to work in the printing business, and the publishers were required to pay a fine of £300 (equivalent to about $56,500 today).”

How Can You Avoid Being the Next Typographical Victim?

Easy. Run your work by a professional copy editor.

Professional editing services like English Language Copy Editing offered by eContent Pro International helps authors increase the quality and integrity of their work. Editing services will make sure your manuscript is void of typographical errors, while simultaneously addressing issues with punctuation, grammar, terminology, jargon, semantics, syntax, consistency, flow, and more to increase your chances of acceptance prior to submission.

To learn more about how eContent Pro International can benefit you through a complete assessment of your manuscript please visit www.econtentpro.com and upload your document today.