What is the Status of the Plan S Open Access Initiative? 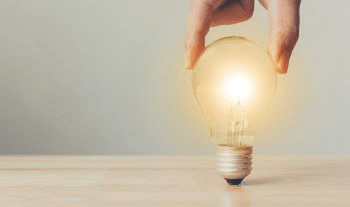 When the Plan S open access initiative was first announced, implementation was set for January 2020. But January has come and gone with no movement, and some scholars are left scratching their heads. What happened to this bold and controversial plan, and what has cOAlition S done to address the major backlash they received? Here, eContent Pro International will break down the journey of Plan S, and what cOAlition S is doing to appease Academics and publishers alike.

cOAlition S, a European-based group of research-funding organizations, was founded in 2018 with the purpose of making research entirely open access. From there, Plan S was created. It comprises 10 principles, each of which aims to support one main goal: All scholarly publications that were publicly funded must be made available through an open access journal, platform, or repository. It also states that authors will retain their copyright, and hybrid journals will include transformative agreements to switch to fully open access. This initiative was originally supposed to take off in January 2020, but the response was so strong that cOAlition S was forced to push its tentative implementation back until 2021.

Some researchers welcomed the Plan S initiative with open arms and were excited at the prospect of publicly funded research becoming freely accessible at any time. But for others, this came as an unwelcome surprise. Researchers have voiced strong concerns about Plan S, arguing that having open access as the only option is backing researchers into a corner and forcing them to publish open access regardless of preference. Publishers are also divided, with some saying that this initiative will drive researchers away and will affect the Academic publishing community negatively by diminishing the quality of work being published. Tom Reller, formerly of Elsevier, said, “If you think that information should be free of charge, go to Wikipedia.” Soon after Plan S was announced, the Plan S Open Letter was released, which lists several concerns and grievances about Plan S as it stands. This letter currently has over 1,700 signatures and is still open to receiving more.

Though the pushback on Plan S has been strong, the fight isn’t over by a long shot. cOAlition S seems to be working hard to work with the Academic community, not against them, and have been attempting to create transparency and an open dialogue with publishers. This January, cOAlition S announced a pilot project for publishers to provide detailed information about their pricing so they can determine whether the framework for Plan S needs to be restructured. So far eight publishers, including Hindawi and SpringerNature, have already signed up, though the data they provide will become anonymous when shared with funders and libraries. cOAlition S is asking for these publishers to provide information on 24 separate categories that involve publishing costs, including acceptance rate, prices for peer review management, subscription price, article processing charges for open access publication, and price caps. This pilot will run until March, and after it is completed, they will determine how to proceed with Plan S.

The response to Plan S was swift and not all Academics are on board. But cOAlition S is working hard to appease scholars and gain supporters, and maybe there is hope for Plan S after all. Have you considered publishing your work through an open access journal? Let eContent Pro International prepare your manuscript for submission with our English language copy editing service!