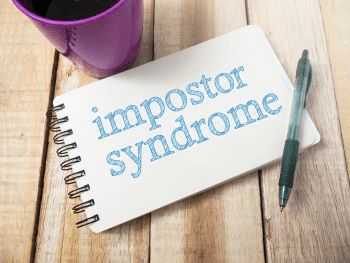 What does the word "plagiarism" bring to mind?

Some imagine an early-career researcher, blindly copying and pasting snippets of a colleague's study so they don't miss yet another deadline. Others envision a scrambling student slapping their name on a Wikipedia page because they forgot about an assignment due the next day. Despite journals, publishers, and academic institutions’ clearly defined plagiarism policies, few categories of plagiarism exist that fly under the radar, but nonetheless, they are still equally unacceptable. eContent Pro International would like to shine light on those ill-forgotten forms of unethical conduct.

As part of our plagiarism mini-series, let's discuss how the overuse of a source(s) or reference can land an author in hot water.

How Can Someone Overuse a Source?

Let’s say a particular book provides great material an author wants to use as a reference for a section of their study. As a matter of fact, just about everything on pg. 178 would be a perfect addition to research already compiled. So, they copy the entirety of pg. 178 and paste it into their manuscript, leaving it untouched, unaltered, and unedited, but properly cited.

Believe it or not, even with the addition of a proper citation, that’s considered plagiarism.

If it weren’t, there’d be nothing to prevent authors from copying and pasting another researcher’s text, slapping quotation marks on both ends of the passage, citing it as a source, and then passing it off as their own legitimate contribution to the scientific community. Borrowing too much verbatim text from a source is excessive, unoriginal, unethical, and downright lazy.

It is also known as “patchwriting,” a term coined by Rebecca Moore Howard, professor of writing studies, rhetoric, and composition at Syracuse University (USA) and principal researcher in the Citation Project. Patchwriting means stringing together quotations and ideas from a variety of primary and secondary materials to an extent that the author’s own ideas are no longer evident to the reader.

By the same token, overusing the same source in different areas of one article is equally as problematic. Though an article or study may seem perfect for your paper, crossing a fine line in the writing process threatens the integrity of otherwise thoughtful work that would add something unique to the field. Among the biggest factors in getting a manuscript published are originality and the need for the new research in the field. Too much reliance on a single source can vault the work of the original researcher to center stage.

As emphasized in a previous blog focusing on self-plagiarism, overuse of self-authored sources can also be considered plagiarism.

As if it wasn’t confusing enough, it’s also possible to cite too many sources.

How? Let’s say an author has compiled 60+ references that must be included in their next manuscript. They are determined to fit in everything, a tall order. The writer plugs in source after source, quote after quote, and paraphrase after paraphrase. A feeling of triumph erupts when all are incorporated in what seems like a coherent manner!

Unfortunately, one aspect of the manuscript is still missing – original research. Instead, all that’s left is a mash-up of other authors’ ideas that includes little to no original content. If such work was submitted for publication, it’d likely be flagged for plagiarism.

That’s why it’s so important to incorporate references properly, letting them complement and support original findings. Sources shouldn’t act as a filler to reach a word or page count, as tempting as that might be for the author.

How to Avoid Abuse

To avoid this often-mistaken form of plagiarism, be sure to compile a solid list of references before the writing process begins to prevent relying on too few sources. Authors should also try to paraphrase whenever possible, making sure to do more than just rearranging or replacing a few words. A good way to avoid inadvertently using the original text as too close of a “guide” is to read the material thoroughly and then cover it up or close the text completely before writing so the author has no choice but to write the idea in their own words.

Professional editing services like Scientific & Scholarly editing, offered by eContent Pro International, do much to help authors increase the quality and integrity of their work. Such services verify that the author’s own work is at the forefront of the manuscript and doesn’t overlap previous work in the field. The services also ensure content is clear, concise, and free of jargon.