When Can You Use Abbreviations? 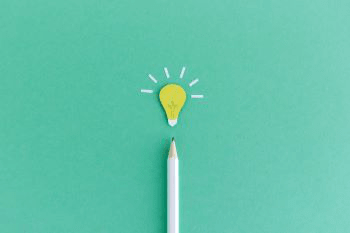 Sometimes a grammar rule isn’t necessarily a “rule” at all. NASA and National Aeronautics and Space Administration are the same thing, so why do research journals prefer one over the other? An abbreviation is a shortened version of a word or phrase that is made by deleting letters. Acronyms and contractions are also considered abbreviations, and common examples of each include mister becoming Mr., Frequently Asked Questions becoming FAQs, and who is becoming who’s. What the difference between each, and how do you know when it’s appropriate to use an abbreviation in your academic writing?

There are four common instances when authors typically rely on abbreviations: Latin phrases, titles, dates, and measurements. Latin abbreviations, such as etc. for et cetera, have become so commonplace that the full phrase is almost phased out of academic writing. It is important to note that Latin abbreviations must be punctuated, and terms like e.g. and i.e. should always include periods. Titles can be abbreviated in academic manuscripts with little to no issue if the title is well known, such as Dr. in place of Doctor. These abbreviations typically take a period in American English, but in British English they only take a period if the abbreviation does not end on the last letter of the full word. For dates and measurements, most publications prefer that the full word be used in place of an abbreviation, but there are some exceptions. Always use periods for times, like a.m. and p.m., and places, like U.S. for the United States. Only abbreviate statistical terms and units of measurement if you are also using a number, such as 3 kg in place of three kilograms, and note that periods are not required. If you suspect that you may be abbreviating an uncommon word or phrase, err on the side of caution and spell it out, and always check your publishers formatting guidelines just in case.

Abbreviations that are created by combining the first letter of each word in a phrase are called acronyms. Typically, they are written in all capital letters and require no punctuation, such as NASA for National Aeronautics and Space Administration. In rare instances, an acronym can become so popular that it becomes a word on its own, such as laser and scuba. Acronyms are used frequently in academic writing, but if one is used in place of the full version, it is important to first spell out the full name or phrase first, followed by the acronym in parentheses, such as the Academy of Agriculture of France (AAF). Introducing the acronym rather than assuming the reader will understand what it means is important, and acronyms should only be used in place of the full version if you are using it more than three or four times throughout the course of your paper.

Contractions are commonly found when an author combines a pronoun and a verb, like she’s in place of she is, and deleted letters are always replaced by an apostrophe. Though contractions are incredibly common in speech and sometimes in narrative writing, this form of abbreviation is typically frowned upon in academic writing. Contractions come off as too informal, and in a research context, it is best to avoid using them when possible.

Abbreviations are one of many areas in an academic manuscript that can cause confusion. Has your manuscript been thoroughly checked for issues such as spelling, grammar, punctuation, formatting, consistency, and flow? Let eContent Pro International’s professional copy editors review your document and prepare it for publication!